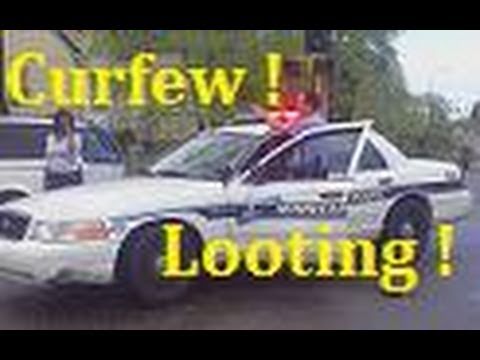 Video from citizen journalists who were on the scene to document the aftermath of the devastating tornado that hit Northeast Minneapolis on May 22, 2011.

About four weeks ago, I went up to defend a pass playing touch football and ended up with the back of my head bouncing off the ground and my right leg hyper-extended. My nephew Josh had a front row seat, so he gives a play-by-play of how it went down:

Yesterday was the perfect day for three full games of touch football and I expected nothing less. The temperature must have been about 75 degrees with a nice little breeze to keep you cool after you started breaking a sweat.

But the football gods must’ve been frowning–or so I thought–when it became apparent that most of the core Saturday touch football guys would not be playing.

There’s The Core, who, for the past two years, has been about eight to ten guys that you can usually rely upon to show up nearly every Saturday. And then there’s The Inner Core. The Inner Core members only on the most rare of occasions miss a Saturday and that’s usually because you accidentally chopped your head off or something. Then, when you do miss, you agonize over it.

The Inner Core has consisted of myself, The Veteran, Delicious, and, when he still lived here, Surfer Dude. Unfortunately, the Inner Core is down to myself and The Veteran.

And that’s who showed up yesterday, along with Izzy, a new guy who is quickly gaining both the attendance and credentials to become an Inner Core member. Last week, Izzy brought along a new guy who had played for the National Indoor Football League. This week, three more of Izzy’s friends showed up, including a college kid who plays for Concordia University and a guy who plays DB for Central Minnesota Thunderbirds of the Mid-America Football League.

We had three on three and that’s plenty enough to play so it appears the football gods were merely testing my patience.

I’m pleased to say that after all that waiting, I proceeded to have an outstanding day. I had a lot of things going my way. For both games, I had The Veteran as my quarterback, and, having played together for three years, we obviously know each other’s game. Because it was only three on three, we had a small field. And this was touch football, not tackle. Touch football’s my game. Tackle is the new guys’ game and taking away that aspect of the game is a major disadvantage, if that’s the way you’re used to playing. There’s no jarring the ball loose with a huge hit after the receiver has made the reception. There’s no wearing your smaller opponent down play after play with relentless hits.

With all that going for me, I had a superb day. I had an end-zone-to-end-zone interception return for a touchdown aided by excellent blocking. The Veteran hit me absolutely perfectly on a seam route and I caught the ball in stride, over my head and away from my body, and the defenders just sort of stood there, not moving, as I streaked by them for a touchdown. I caught a little ten-yard hook, got enough of a block so that the defender could only touch me with one hand, and slipped past his teammate who gave up because he thought I was down: Touchdown. I had another touchdown on a fourth down play where we were at midfield. I headed to the back left corner of the end zone but the defender had the area covered by positioning himself in the front left corner so I moved up to the front left cone and The Vet threw a perfect low and outside strike that only I could catch. Which I did, my two big toes hugging the sideline.

The last game was close; tied up at four each in a game where the first team to five won. The Veteran hit me on every play of the drive, culminating in a toss to the middle as I was crossing the back of the end zone. I bobbled it but held onto it for the final TD.

I always tell people I have the patience of a gnat. I really don’t know anything about gnats’ patience but it just seems to me that since they are such tiny creatures, they must not be capable of holding even one iota of patience. That’s me.

Except, maybe, when it comes to football. After a discouraging start, patience paid off.