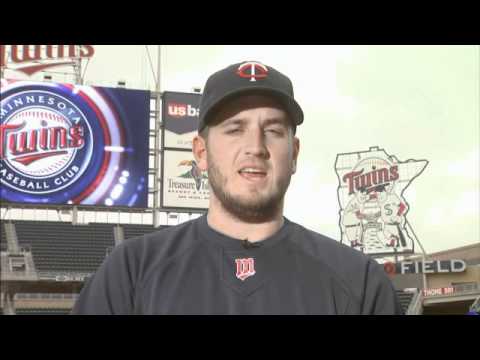 This one’s a twofer.

You get to do something super cool while impressing your girlfriend in a romantic setting.

You’ll need to find a field that is frequented by fireflies and accessible by car.

Some night, when the fireflies are out, drive your girlfriend to said field and park with the car’s headlights pointed at the field of fireflies. Make sure you turn the headlights off before the car is facing the fireflies.

Next, turn your headlights on and off quickly one time. The fireflies will react by blinking on and off themselves, en mass.

Someone had to approved this; the arrangement didn’t give them pause?!?

Seven fatalities have been confirmed, 20 missing, 60 injured but those numbers are
expected to rise. Operations at the collapse site have been suspended
for the night but will resume in the morning. Traffic rerouting for
tomorrow is being planned and will be posted on the Minneapolis web site.

The 35W highway bridge over the Mississippi river collapsed today at 6:09 p.m., sending rush hour traffic plunging into the river. MNDoT reports only surface repairs conducted on the bridge at the time. The portion of the bridge was near the Metrodome.

Governor Tim Pawlenty says federal support is in place. Plans being constructed by Met Council to deal with traffic issues in the aftermath of the collapse. Highway 280 will be transformed into a freeway with no traffic lights.

Homeland Security has announced they do not believe this disaster is due to terrorism.

People are urged not to use cell phones unless absolutely necessary.

Elwyn Tinklenberg, Transportation Commissioner under Governor Ventura, said on KARE TV tonight that the failure to raise the gas tax in particular, and the reduced budgets for transportation are largely to blame for the bridge’s collapse.

I’ve been saying for a while that Minnesota’s infrastructure is crumbling; tragically, that has literally happened.

The follow are links to the news sources covering the disaster:

I have managed to piss off at least one reader of my blog, perhaps more. I was out last night when someone tried to instant message me from this blog and I was not present to get the IM. He thought I was ignoring him, which was perfectly natural because I didn’t set my away message. He had no way of knowing I wasn’t there to respond.

Set your instant messaging away message when you’re not at your computer in order to avoid pissing people off. It’s happened before and I should have learned by now.

So, I apologize to anyone I’ve offended by not responding to an IM message. I’ll try to remember to set my away message in the future.

I haven’t yet told you how much or how badly Minneapolis sucks, have I?

Living in Saint Paul, I have never felt the odd inferiority complex some Saint Paulites exhibit when comparisons to their sister city across the river are brought up…because there’s no comparison. Minneapolis is a cold, manipulative, and calculating place. Let me tell you how.

On Friday, Blois and I had a meeting in Minneapolis to pitch a potential client. We drove separately because the meeting was at 4 p.m. and neither of us were planning on returning to the office after the meeting.

So Blois, driving ahead of me, found a couple of open meters on…I think it was 2nd Street. I pulled into the second slot, turned off the engine and got out of the Jeep.

What’s the first thing you do when you park at a meter? You look at it, right? You go up to it and find out when the meter is enforced and if you need to plug in some quarters, you do. I look at the meter and it says that it is enforced until 4 p.m.

Our meeting was at four and we were running a tad late. It was after four. We were good to go.

After the meeting, Blois and I are walking down 2nd Street and Blois notices a tow truck where we had parked our cars. I can’t see my Jeep. We run over to the tow truck and the guy is getting ready to hook up the cable to pull Blois’ vehicle up onto the flatbed part of his truck. Blois tells the guy he doesn’t need to tow, that it’s his car and we’re going to leave.

But the guy would have none of it. All I can think about is the $180 it cost me the last time Minneapolis towed my Jeep.

Slowly filling with righteous rage, Blois and I point out that the meters say they are not enforced after 4 p.m. and we parked there after four peee emmmmm. But the towing guy points out a street sign indicating that there’s no stopping between 4 and 6 p.m. We hadn’t even noticed the sign because, you know, you get confirmation from the meter and then what else do you need? Nothing.

Contradictory signs appears to be a way to create revenue for Minneapolis. Thanks, Rybak.

The towing guy says he’ll give us a ride to the impound lot and I guess we should be thankful for that. We get in the truck and though grumbling about our ordeal, Blois is entirely gracious with the guy, saying he understands that the guy’s just doing his job.

All I can muster is a “I hate Minneapolis.” I’m not feeling particularly gracious.

“Yeah, I hate Minneapolis, too,” the towing guy says. It looks like he’s got a pinch of Copenhagen between his gums. Crackly old school Country Western music sprays out from the AM band. “I’ve been stabbed and shot in Minneapolis. My wife came down with brain cancer and she died three weeks ago,” he tells us.

Either the tower’s travails puts everything in perfect and proper perspective, or he’s got a foolproof way to shut disgruntled people up.

We get to the impound lot and I step up to the bulletproof window to pay the goddamn city to get my Jeep back as a result of their intentionally misleading signs and find out the damage is $138.

“You’ve dropped your prices. I wasn’t expecting that much,” I say as the guy at the window slips my driver’s license back to me through the slit in the glass. I write out the check and slip it to him.

“And you’ll need to get this taken care of within the next week,” he says, slipping a ticket to me through the glass. It’s for $34.

“That’s more like it,” I say, stuff it in my pocket, and head outside to find my Jeep.

I can’t get out of the horrid city fast enough; but not too fast, because, God knows, I’ll get a ticket for speeding. I breathe a sigh of relief as I cross the border from the hostile Minneapolis into the warm and welcoming embrace of my city, Saint Paul, a place where I’ll never worry about being towed.

Here’s a roundup of this week’s posts at my Internet marketing blog:

Here’s a roundup of this week’s posts at my Internet marketing blog: