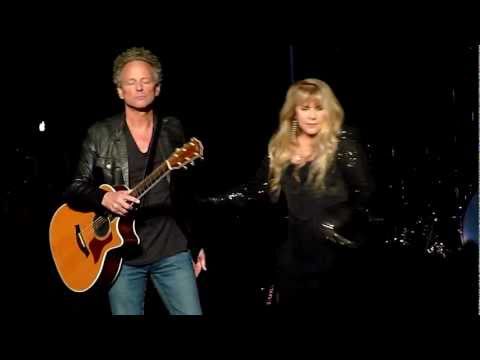 I finally made it to a concert at Mystic Lake’s amphitheater last week to see Stevie Nicks.

It was a great show, especially so because it was outdoors on a perfect Summer night. I gotta say, though, that I have never felt so old at a concert, a Gen Xer surrounded by greying Baby Boomers. It was an odd feeling, to say the least.

Stevie Nicks was delighted to be able to play at Mystic Lake; she commented several times what an appropriately-named venue it was for her to play at, given her interest in mysticism.

The highlight of the concert for me was the story Nicks told about the creation of Soldier’s Angel, a song from her current album. Originally a poem, she was inspired to write it after visiting wounded soldiers at Walter Reed hospital. She gave copies of that poem to any soldiers or their families she visited thereafter. The poem turned into a song with the help of Lindsey Buckingham, as she explains before performing the song during a concert in Los Angeles: